On the occasion of World Lions Day, city NGO writes to international conservation body to put pressure and prevent relocation of Gir lions to Madhya Pradesh

Many aspects need to be considered while thinking of relocating animals.Â Mumbai-based NGO, Empower Foundation, has written a letter to the IUCN (International Union for Conservation of Nature) for intervention in the Lion Translocation issue between two states, citing 29 guideline violations, on the eve of World Lions Day.

The NGO feels that translocation of lions from Gujarat to Madhya Pradesh should not be done, as not only it will have a negative impact on the population of lions but chances of poaching will also increase.

Speaking to SUNDAY MiD DAY,Â Founder chairman of NGO Empower Foundation, Jalpesh Mehta, said, â€œWe are not against translocation, but how, where and the end result is our concern. We have urged IUCN to appoint an international lion expert or a team to save the lions from being pushed into death beds (see box).â€

In June this year, the team analysed 10 global failures of translocations and submitted a report citing 12 adverse conditions of the proposed translocation site in Kuno Palpur, which would be fatal for the lions.

â€œTranslocation is a serious animal rights issue. Â The Supreme Court judgment dated April 15, 2013 states the proposal of translocating a pride of Lions to Kuno, and every three to five years, moving the male lion from the wild to captivity in zoo. This is a sheer violation of Wildlife rights and is a cause for grave concern,â€ added Mehta. Empower Foundation is also involved in various other activities to conserve the Asiatic Lions and build awareness on the issue. 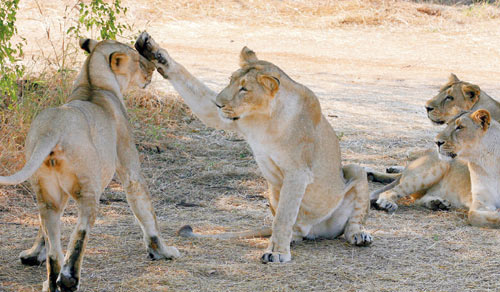 Born free and living free
The list of issues raised by Empower Foundation include:

Poaching hub: MP is a major poaching ground, as it has lost 453 tigers out of 710 in a decade with 257 tigers remaining according to the 2011 Census.

Location: Situated on the border of MP, Rajasthan and Uttar Pradesh, poaching, infiltration and allied crime probablilty is very high

Temperatures: The minimum temperature is 2Â°C, while the maximum 49Â°C. This is fatal for lions 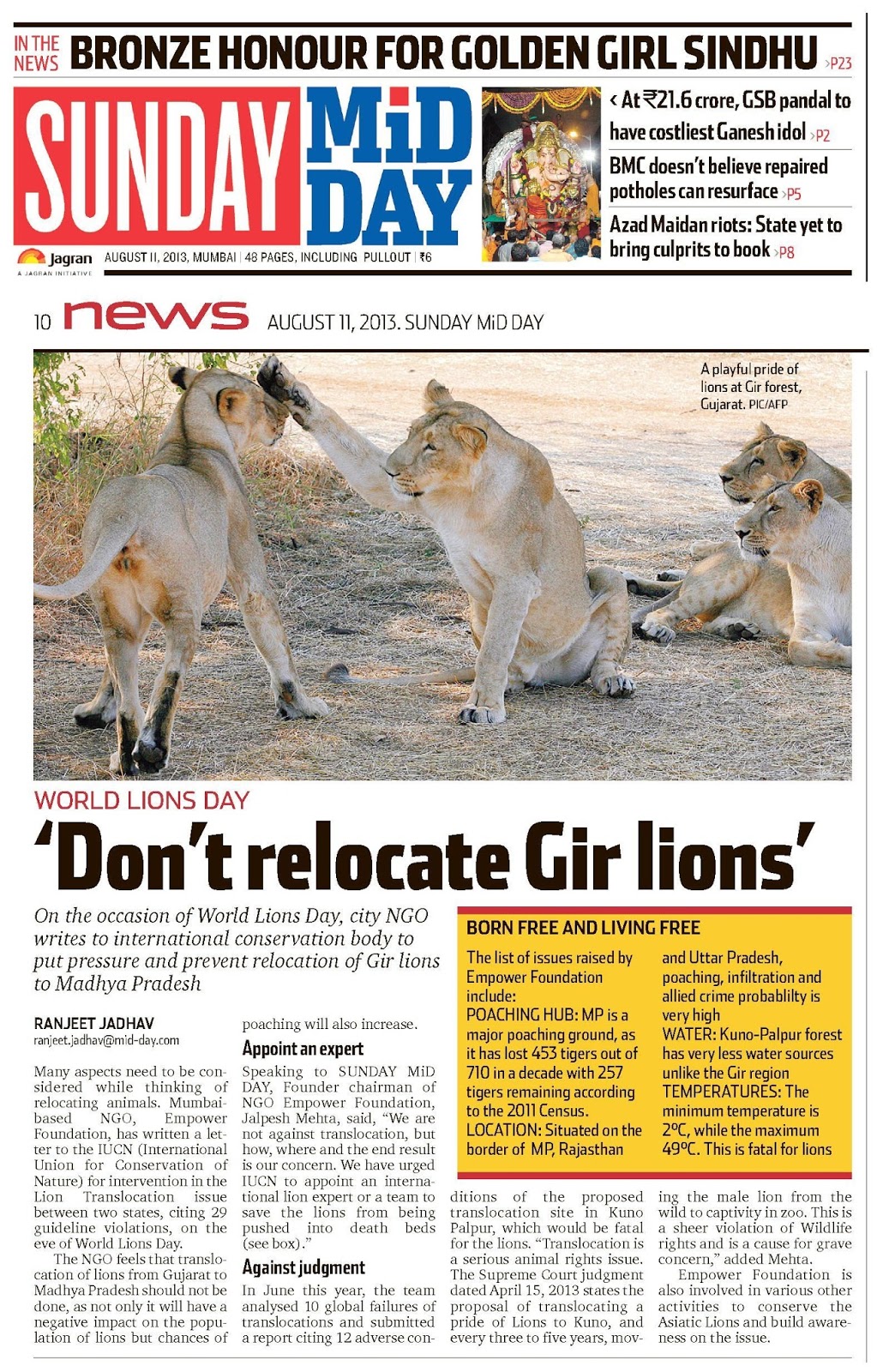